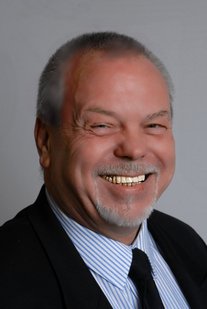 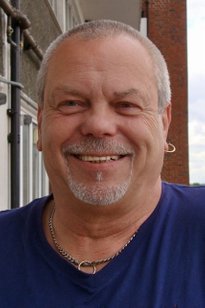 Born in 1952 I lived with my parents in Chiswick, West London for 19 years and in West London for most of my life, apart from a year in the early 70's whilst I was playing rugby.

I live with my wife and granddaughter in Charlton House Brentford.

I have been a member of the tenants/residents association since 2002 and the elected Chairperson of The Charlton House Residents Association for some 14 or so Years.

As the Chairman of The Charlton House Residents Association, I must remind you that everything you read on these pages are my personal thoughts, observation and experiences, any statistics quoted are fact and can be obtained from various sources on the internet.

Some of my statements below may sound contradictory but I hope you understand where I am coming from.

Our elected local councillors face the same problems as our elected MP's in central government.

A vast amount of voters believe that these elected representatives know everything!

These prospective candidates don't and never will know everything, most first time candidates will answer with a personal honest answer, but the seasoned candidate know what is required and will be much less subjective. The one question we should all ask is "Are you going to follow the voice of your electorate" Far to often ordinary people take office with all good intentionsand but eventually forget about democracy (the voice of the people) and follow the party line (loudest voice or the biggest bully).

Do we want "Honest" or "Promise"

Who wants controlled parking? who wants wider paths and less roadway? who wants 20mph zones on our roads? do we want more parking for local residents without paid permits? do we want our local roads fit for purpose? I could go on!

Looking forward or just going back in time

The london mayor (who's father used to be a "bus driver" as we are all reminded every time he is interviewed) needs to take his space suit off and start thinking about people living inside the M25. Why can't we have park and ride on major approach roads around the M25? Why can't we use canals and abbandond/disused undergound and overground train tracks and tunnels to move heavy goods around/through London?

On a note much closer to home, why can't "this ex bus drivers son" see that "bus drivers" need a ruling from him to order TFL to follow the Loughborough report on driver fatigue.

Back to Local Issues

Most voters should expect an elected councillor to act in their best interest, but most people have learnt not to expect anything from any prospective councillor until he/she comes up with the goods.

Who are the decision makers?  Is it Our "elected" representatives or the bureaucratic system behind the scenes! Yes the well paid bureaucrats who are in well paid position no matter what party is in power.

Most new policies are rarely in the best interest of residents/tenants.

What ever happened to transparency and honesty.

Why don't we (the residents) feel or believe that councillors are listening or acting in OUR BEST INTEREST? Because most of the time they are not!

Most of the time our ward counillors are bullied coerced and at the very least shouted down by those who have the loudest voice and are in a position of authority backed by council legislation passed to allow the chairperson to pass anything he/she wishes without consultation if needed.

Some councillors are very good and do their best, unfortunately there are some who have an eye on a future further up the political ladder.

There is a saying “The end justifies the means” BUT AT WHAT COST TO THE RESIDENTS OF HOUNSLOW.

We are all aware of the financial climate and I am sure most residents acknowledge the council's duty to be prudent. Pease note: Council not Councillor’s

The residents of Hounslow should expect our elected representatives to have our interests and wellbeing at heart. Councillors should act on a collective knowledge gained from the people they represent not on personal opinion, aspirations, targeted personal bullying or by using the old political whip system to ensure alterations in current policies or completely new legislation formulated by the bureaucrats are forced through the legislative process.

A few cases in question:

Our council must enhance how information is obtained from residents. We should have a system in place that is fit for purpose in the 21st century. Up to date communications, resident associations and local resident groups who have an input in the development of local infrastructure.

Meetings can and do take place over the internet using TEAMS, ZOOM etc this type of meeting can and will get better. It also means that any elected resident working for a resident group can put forward local resident issues and be heard from the comfort of their own home. This would allow people who have felt unable to attend meetings because they are unable to travel for health, disability or time related issues.

Our ward councillors must not obstruct, alienate or believe they are better than the people who put them in a position of perceived trust. They should not pass on incomplete fanciful or questionable information to representative bodies who give their time freely to represent residents, or individuals.

We should also ensure future local councillors reside in a permanent place of residence in the borough throughout their term of office.

I must mention something good.

Some of the older council properties in Hounslow including Charlton House, Albany House and Convent Way have been tartgeted for regeneration(knocked down re-developed or replaced) with 21st century properties.